The three high school student participants were victims of the earthquake and tsunami, suffering great losses such as family members. Despite these traumatic experiences, however, they are determined to stay optimistic and share their experiences with the world. Their itinerary included giving a speech at a concert with the Longwood Symphony Orchestra and visiting Harvard University, Brown University, and Massachusetts Institute of Technology. Through these events the students interacted with many others, expanding their global horizons. They also spoke about their own experiences and had the opportunity to reflect on their aspirations for their future roles in society. 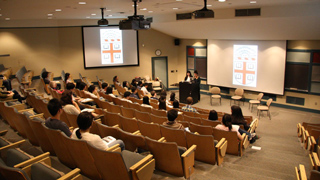 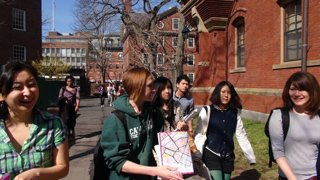 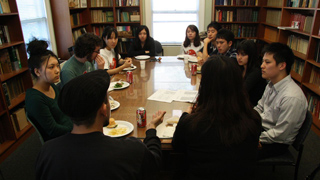 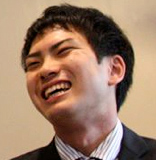 Masahide Chiba Masahide was in Ofunato when the disaster struck. As a result of the tsunami, he lost his mother, grandmother and home, and is now living in rented accommodation with his father and two younger brothers. Masahide believes that it is his mission to plan towns that are safe from natural disasters and contribute to the future recovery because he survived the devastating disaster when so many lives were lost. Masahide would like to set up a company that carries out projects related with the disaster recovery, and would like to participate in the planning of towns along the Sanriku Coast which are resilient to damage from natural disasters. 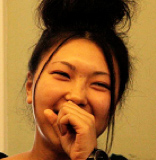 Ayaka Ogawa Ayaka lost her parents, her grandparents and her older sister to the tsunami, and now lives in temporary housing with extended family members. As only she was saved and the rest of her family lost, Ayaka would like to try to live life to the fullest and has resolved to fulfill her long-standing interest in studying abroad. Following the disaster, Ayaka also had chance to experience a short-term home stay in Australia. Ayaka feels a great deal of gratitude for the opportunities she has been afforded since the disaster, and so in the future she would like to become someone who also helps others to achieve their hopes. 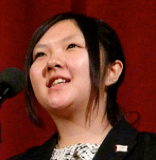 Sayaka Sugawara Sayaka experienced the disaster in Ishinomaki, and lost her mother, grandmother and great-grandmother to the tsunami. Currently she is living in temporary housing in Ishinomaki with her grandfather. Six months after the disaster she participated in the Summer Davos Forum held in China, and communicated her experiences to global leaders. In future, Sayaka would like to work for a cause helping children who have had similar traumatic experiences to her own, as well as doing international volunteering to help repay the countries that supported Japan after the disaster. She will start her new life in an international boarding high school in Switzerland this spring.

BEYOND Tomorrow was featured in an article of THE BROWN DAILY HERALD on March 21, 2012.