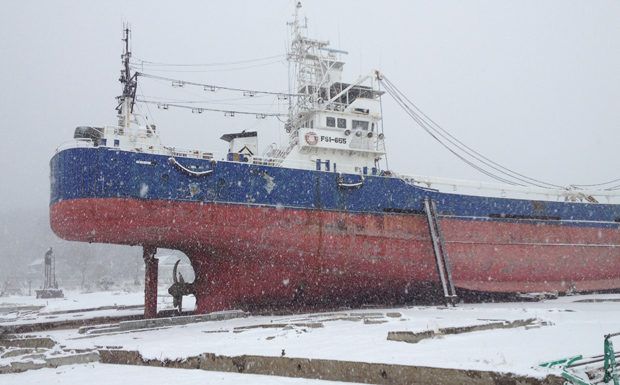 On the 24th to 25th of February 2012, the “Boston Boys and Girls Club/BEYOND Tomorrow Kesennuma Program” was held in Kesennuma City of Miyagi Prefecture with the aim of enabling exchange between Japan and the United States in the disaster areas. Under this program 11 high school students who have been studying Japanese language and culture in Boston, the United States, made a visit to the disaster areas with Japanese students from the area. The students heard testimonies direct from the local people, and walked through the disaster areas with high school students from Kesennuma, discussing the future form that is hoped for Tohoku.

Eleven students visiting Japan from the “Boston Boys and Girls Club” in Boston, the United States, and eight Japanese high school students affected by the disaster who are from the Kesennuma area. 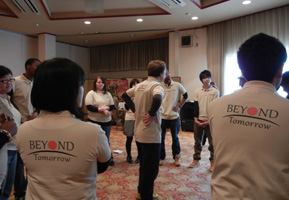 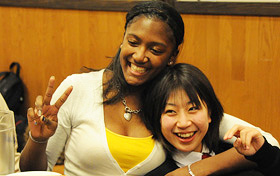 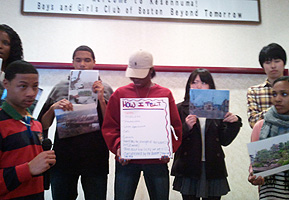 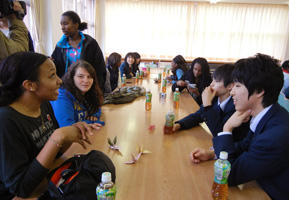 “First and foremost, what we want America to know is that we do not want people to forget about this tragic event”
“While it is important to learn the fact that the disaster afflicted the tens of thousands of victimsr, it is extremely important to hear the individual stories behind that fact” 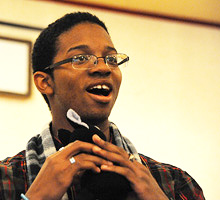 “When I actually walked through the disaster area, I could feel the grief the disaster caused people”
“I was really surprised by the strength of Japan’s local communities”
“The land hit by the tsunami still has the foundations of many washed-away houses left behind. Within these physical squares of blank space people’s houses, lives and dreams existed. Just with the words ‘square space’ this can’t be expressed”

“Eleven months have passed since the disaster, and now the local people are working hard towards recovery and to once more re-establish the area. That memory is something I shall never forget”
“In the U.S., you hear lots of information through the news, but it doesn’t provide the chance to actually really perceive the situation. Through this program I was able to learn so much through seeing things in person” “Financial support is important, but I also learnt about the importance of supporting the people by taking action together”

About Boston Boys and Girls Club

The Boston Boys and Girls club is a 501(c)3 based in Boston, Massachusetts, whose mission is to help young people build strong character and realize their full potential as responsible citizens and leaders. (Website:http://www.bgcb.org）

Supporting and Cooperation Businesses and Organizations：