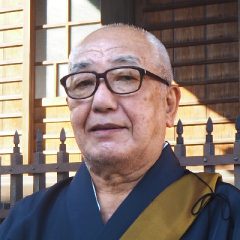 I was born during the war.

Fortunately, my family was safe but some of my classmates lost their fathers in the war. My generation went through the war. There were many war orphans in town. About three or four years after the end of the war, I went to Ueno Park with my parents. When we were about to eat lunch (rice ball) on a bench, someone’s hand reached for my rice ball from behind and it was taken quickly. My mother said, “Don’t shout or chase the child.

Through my experience, I knew war orphans faced difficulties to live and I appreciated my life without hunger. It is very sad that children are affected by war and disasters. The war orphans left a deep impression on me and these experiences and feeling in my childhood form an important essence in my life.

We experienced the Great East Japan earthquake in 2011. At that time, I worked as a person involved in religious politics. I thought about what I can do for children and people in the disaster area as a sect, a priest and as a man. I have been explaining about orphans and fosterage in Japan and supporting them through activities with the many supporters around me. I held memorial services in Hiroshima and Nagasaki as Chief of Administrator in 2013-2016 as the executive head of the sect. When I was thinking what I could do in the future after retirement from the position, I met BEYOND Tomorrow.

There are many activities on various social issues in the world. I empathized with BEYOND Tomorrow and their stance of “supporting young people and their future.” There are many children growing up in various challenging environments. I’m attracted to BEYOND Tomorrow’s concept of supporting ambitious young talents facing various socioeconomic challenges. There’s nothing worse than giving up studies due to one’s environment. Priests are in a position to contribute to society. I would be very happy if I could support even one  ambitious youth.

I would like young people to think about what they can do and what they want to do in their future, and to consider next steps rather than keeping being worried about their environment and its cause. 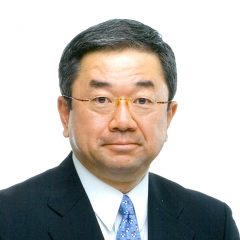 I have been encouraged by young BEYOND Tomorrow participants

Working for an IT affiliate in Tokyo